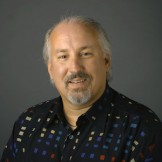 Ladd founded Champion Management in Aug. 2002 and has since helped build the Dallas-based firm into one of the largest and most respected boutique public relations agencies in the Southwest. Champion represents a blue-chip roster of clients spanning multiple industries on both a local and national level, with a heavy emphasis on restaurant brands. Champion was ranked the 25th largest foodservice agency in the U.S., and the 7th-largest PR Agency in Texas in 2015.

Over his nearly 30-year career, Ladd has distinguished himself as an award-winning marketer, publicist and writer with strong creative and leadership skills.

Prior to forming Champion, he was one of the most recognized and fast-tracked junior executives at American Airlines. As Director of Worldwide Sales Promotion, Ladd developed and executed the strategy that made American the world’s seventh most-prolific corporate sports sponsor. His unconventional deals with the NFL, NBA, NCAA, America’s Cup, U.S. Ski Team and World Cup ’94 established Ladd as one of the “deans” of corporate sports marketing in the early 1990s.

Recruited to the National Association of Manufacturers in 1992, Ladd served as the powerful business group’s Senior Vice President of Marketing, Member Communications & Services for nearly a decade. Within a year of his arrival, he helped reverse the NAM’s steady membership and revenue declines and began a multi-year run of record growth and profitability. In 1994, the NAM’s Board of Directors appointed Ladd to the additional role of President of The Manufacturing Institute; and in 1995, he earned a prestigious Silver Anvil Award from the Public Relations Society of America for his comprehensive campaign marking the NAM’s Centennial year.

Get notified about new releases.